Motorola launched its 2nd gen foldable smartphone Razr 5G in India today. The new Razr comes with a 6.2-inch flexible OLED touchscreen that closes completely in half and has an updated hinge in comparison to the previous model. Other changes from the Moto Razr 2019 are updated camera setup, upgraded processor with 5G support, more storage and a bigger battery. With all these improvements, surprisingly the new Motorola Razr still comes at a price of Rs. 1,24,999 in India, which is similar to the Razr 2019’s launch price.

Samsung also refreshed its flip phones lineup this year by launching Galaxy Z Flip 5G and Galaxy Fold2. Its Galaxy Z Flip which is very identical to Moto Razr because of their folding mechanism. Here, we are going to compare the original Galaxy Z Flip and Motorola Razr, as the latest Z Flip is not yet available in India, and also it has the similar features as the 5G version, except for the processor.

So which foldable phone is the best between Motorola Razr 5G vs Samsung Galaxy Z Flip?

Full Specs at a Glance

The Moto Razr 5G and the Galaxy Z Flip both sport the same design language which is a clamshell design with a horizontally folding screen. Both phones have hinges, but the big difference here is that Motorola comes with its good old Razr (2004 feature phone) like chin which gives some form to the phone, while the Z Flip has both sections of the same size. 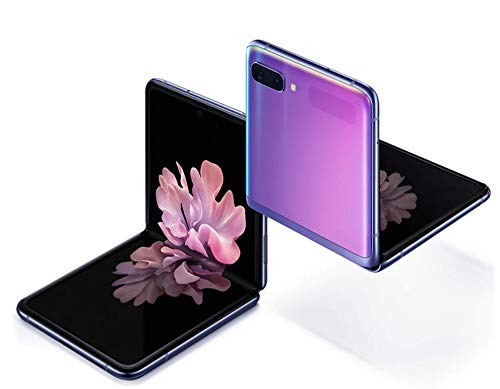 Well, there are some differences in the hinge as well. Motorola redesigned its hinge this time but still you can see how the central section of the phone drops down, while the screen doesn’t fold. Whereas the Z Flip’s hinge has a more satisfying closure and neatly folds when the phone is opened. Talking about the build, the Razr 5G has a stainless steel frame, and a polished glass finish at the back and as front when opened, with the closed front having a plastic finish. The top section houses a second display and the bottom has a fingerprint sensor. The Samsung Galaxy Z Flip also have a glass finish on the back (Gorilla Glass 6) and a stainless steel frame but the front is plastic. Also, the top display is much smaller than Razr. Samsung’s Z Flip is also a little shorter and lighter and despite having a larger display, it is easy to use with one hand. 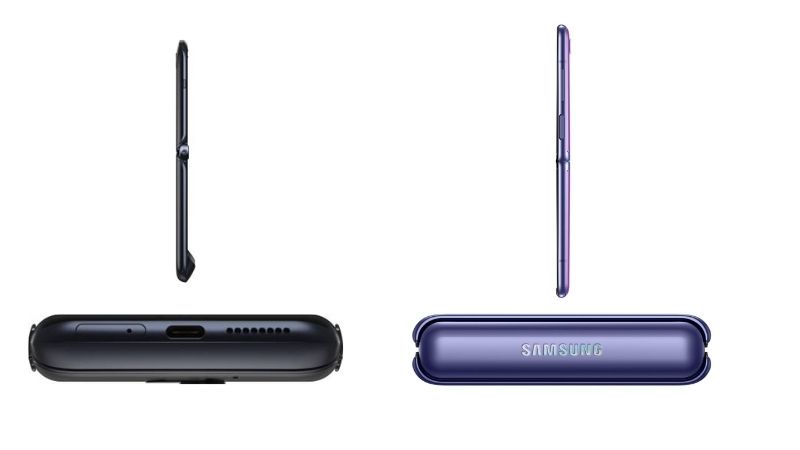 Razr 5G has the same 6.2-inch plastic OLED panel as last year’s, but it is now upgraded for better durability and feel. The Galaxy Z Flip also has the same 6.7-inch AMOLED panel, and it still has a crease where the display folds. There’s a notch on display of Moto for selfie camera, but Galaxy Z Flip has a centered in-display camera cutout at the top. Talking about the external display, the Razr 5G’s 2.7-inch Quick View panel can access shortcuts and even run full apps. On the other hand, the Z Flip’s 1.1-inch external display, lets you check notifications only. If we recall, Motorola Razr 2019 came with disappointing specs for its price, but this year Motorola made a improvement with a Snapdragon 765G processor with 5G support. This also comes with 8GB RAM, but it has 256GB internal storage.

On the other hand, the Galaxy Z Flip has the flagship level Snapdragon 855+ chipset. It’ll be more than enough for power users as it is also with 8GB of RAM and 256 GB storage, just Like the Razr 5G. Overall, in terms of hardware, Z Flip wins again.

Motorola and Samsung both offer their devices with the latest version of Android with their proprietary UIs. The Z Flip’s UI is not much different from other Samsung devices, as its closed display options are limited. On the other hand, Razr’s comes with stock Android experience just like other Motorola devices. However, its Quick View display has its own gesture-based UI, where you can customize apps, shortcuts, and access them when the device is folded.

The Razr 5G received a major upgrade in terms of camera. It now comes with a 48MP Samsung sensor as main camera that also clicks selfies when the phone is closed. The sensor also boasts OIS as well. On the inside, the Razr now has a 20MP camera. The Z Flip 5G has the better camera setup with two cameras- a 12MP main rear camera and a 12MP ultra-wide camera. This can also be used for selfies when folded. While it has a 10MP shooter in the inner panel.

The Razr 5G packs a 2,800mAh battery, which can offer all-day battery, as claims the company. It comes with 15W TurboPower fast charging.

The Z Flip 5G has a bigger battery at 3,300mAh with the same 15W fast charging speeds. Moreover, it also supports Qi 2.0 9W wireless charging, which is missing on the Razr.

Motorola Razr is priced at Rs. 1,24,999 and it will be available on Flipkart from October 12. On the other hand, the original Galaxy Z Flip is priced much lesser. It is available at Rs. 1,08,999 on Amazon.in.

Coming to the conclusion, the Z Flip offers impressive specs as well as a more satisfying folding design. On the other hand, the new Razr 5G is more of a mid-range phone in terms of the hardware and its has a rather unusual folding design. However, the Razr offers more useful ways to interact with the device when it is folded. In the end, if you are going to spend that much for a phone and still not get better hardware, well, it will not be a  wiser decision. So if you want to use a flip phone that also has the flagship specs and polished design, that too at lesser price than the others, Samsung Z Flip is definitely a good choice.