So, given the similarities in price and specifications, which one’s the real “Pro” here? Let’s find the same in our detailed Redmi Note 9 Pro vs Realme 6 Pro comparison, involving specifications, features, and price of the duo.

For starters, both the Redmi Note 9 Pro and Realme 6 Pro have glass rear panels with Corning Gorilla Glass 5 protection. The former gets a square-shaped camera module, more like the Huawei Mate 20 Pro, while the one on Realme maintains its typical vertical layout.

The Realme 6 Pro gets a lightning pattern while the Redmi stays plain for the most part. That said, the two phones share certain similarities, including the capacitive fingerprint scanner on the power button to the right and the USB Type-C port.

Flipping them over, you’ll notice that the Redmi Note 9 Pro takes inspiration from the Samsung Galaxy Note 10 for its centered punch-hole. The 6 Pro, on the other side, boasts dual punch-hole to the top left corner, akin to the Galaxy S10+.

The Note 9 Pro has marginally smaller bezels, including the chin at the bottom, and feels more solid to hold. However, it’s also the heavier of the two at 209grams, compared to Realme’s 202gram curb weight.

The Realme 6 Pro, too, has a similar-sized 6.6-inch IPS display, with a Full-HD+ screen resolution and Gorilla Glass 5 protection. That said, it bears a higher refresh rate of 90Hz, coupled with a 120Hz touch sampling rate, which makes up for smoother and snappier animations.

While the dual-punch hole gives a great advantage to the Realme 6 Pro in selfies, Redmi Note’s centered punch-hole saves a lot of space for notification icons. It’s also less intrusive in apps & games in comparison and offers a more immersive experience.

Both the devices are powered by the all-new Qualcomm Snapdragon 720G SoC, coupled with Adreno 618 GPU. For starters, it is an octa-core chipset with two Kryo 465 Gold cores clocked at 2.3GHz and six Kryo 465 Silver cores clocked at 1.8GHz, built on the 8nm process.

Being almost identical to the Snapdragon 730G, it performs great when it comes to day to day use, including app loading times and multi-tasking. In fact, it’s one of the best processors for gaming in its segment, giving the duo an equal advantage in terms of performance.

As for the RAM and storage, the Note 9 Pro is available in 4/64GB and 6/128GB configurations. Whereas, the Realme 6 Pro comes in 6/64GB, 6/128GB, and 8/128GB options. Note that both of them support storage expansion via dedicated microSD card slots.

On the software front, the two devices run the latest Android 10 out-of-the-box. The Redmi Note 9 Pro comes with Xiaomi’s custom MIUI 11 skin while the Realme 6 Pro gets the new RealmeUI on top.

Since Realme has switched over to the RealmeUI from ColorOS, the user interface has become a lot cleaner and close to stock Android. On the contrary, the MIUI still feels heavily skinned and has a lot of areas to improve.

Anyway, both the UIs are loaded with a lot of bloatware and annoying notifications from system apps, which can be disabled to an extent. Though, the Note will surely have an edge in terms of third-party development. 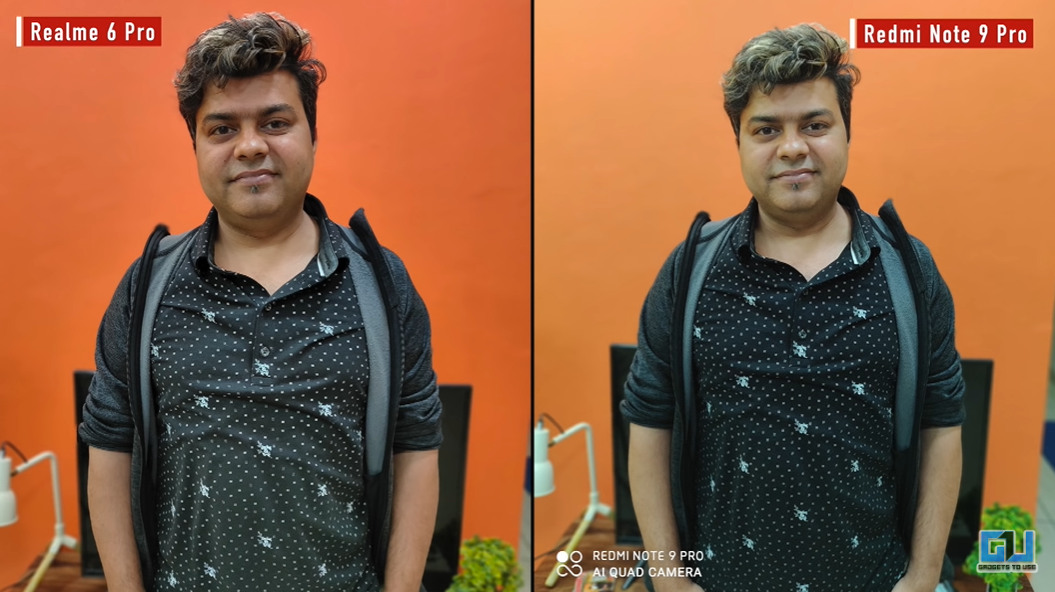 Both smartphones offer excellent outright camera performance with an ample amount of details, dynamic range, and clarity. However, the Realme 6 Pro performs marginally better in terms of overall sharpness. It also has an advantage with its telephoto shooter, which allows for 2x optical and 20x digital zoom.

As far as the front camera is concerned, the Realme 6 Pro, again, has a sheer dominance of its dual setup, which lets you take wider selfies whenever required. Though, this comes at the cost of screen space eaten up by the colossal punch-hole. 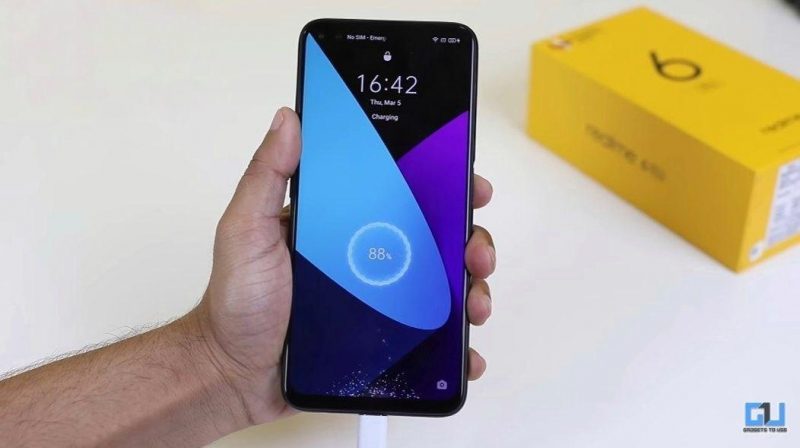 The Redmi Note 9 Pro gets a mile ahead in terms of battery life with its larger 5,020mAh battery, compared to the 4,300mAh cell on the other. But then again, the Realme employs faster 30W VOOC flash charging technology, in contrast to mere 18W charging on the Note.

Redmi Note 9 Pro vs Realme 6 Pro: Which is Better?

Nonetheless, the Redmi Note 9 Pro hits right back with precisely the same performance, better design, and extra-ordinary battery life- all of this while still undercutting its counterpart by a substantial margin.

In the end, it all depends on your requirements. Note 9 Pro is an apt choice for people who want a promising phone with good-enough cameras, battery life, and value for money. Whereas, for those who can spend more for faster charging, better cameras, and want to try the 90Hz panel should look forward to the Realme 6 Pro.