With the Galaxy M-series, Samsung has not only been offering great specifications at low prices but it also keeps upgrading the phones as well with the latest trends. Samsung today launched the Galaxy M31, the successor to the last year’s Galaxy M30s. It comes with the same 6.4-inch Super AMOLED screen and a huge 6000mAh battery, but sports improved cameras. We have been using the Galaxy M31 for some time now and here are our first impressions about it.

In terms of design, the Galaxy M31 looks quite plain with no gradient or any glossy pattern. However, the plastic panel does pick up fingerprints easily. The phone comes in simple Black and Blue color options. The front of the phone is like most of the phones released last year and this year. There’s a small waterdrop notch at the top of the screen and a small bottom chin which makes the display look more immersive. The big battery makes this phone a little bit thick and heavy. However, with 8.9mm thickness and 191g weight, it doesn’t feel uncomfortable in the hand. The back panel also provides a good grip so that it doesn’t slip. The power button and volume rockers are on the right. The fingerprint sensor on the back is large and also placed conveniently. There’s a USB Type-C port, 3.5mm jack, and speaker grille on the bottom. The card’s tray on the left comes with support for two Nano-SIMs and a microSD card. The Galaxy M31 sports the same 6.4-inch Full HD+ Infinity-U display. Samsung uses its Super AMOLED panel which is bright and colorful. The brightness is good and daylight visibility is also great.

Samsung hasn’t upgraded the Exynos 9611 processor, which the Galaxy M30s has also used. Although the phone is smooth for most of the tasks and gaming too. We played with the max graphic setting possible and it did not show any sign of lag. However, when Samsung’s competitors are already offering more powerful chipsets in this price segment, Galaxy M31 should’ve also come with a new chip. The smartphone runs on Android 10 with Samsung’s OneUI 2.0 skin on top which is quite polished now with the animated lock screen and bright colorful wallpapers. The phone still has some unwanted bloatware that you can uninstall.

Talking about the rear cameras, there is a 64-megapixel primary camera with Samsung’s own ISOCELL GW1 sensor, an 8-megapixel ultra-wide-angle camera, a 5-megapixel macro camera, and a 5-megapixel depth sensor. The camera comes with Live Focus and Night modes. It clicks some good pictures in daylight and nightlight. 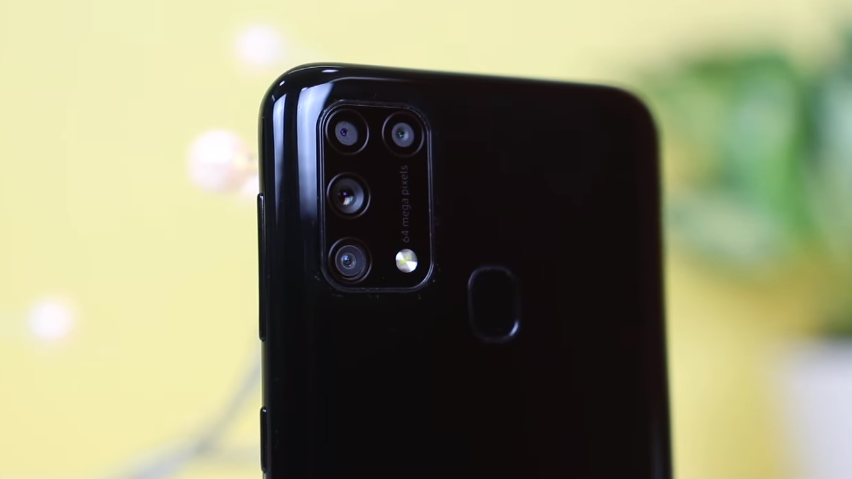 It sports a 32-megapixel selfie camera with a Sony IM616 sensor and f/2.0 aperture, which is an upgrade over the 16MP camera in the M30s.

Check out these camera samples below to know the quality.

The phone gets fueled by a beefy 6,000mAh battery. It comes with 15W fast charging support and Samsung also provides fast charger in the box. The battery is more than enough for a day’s usage and you won’t need to charge it within a day.

The Galaxy M31 starts at Rs. 14,999 for the base version. With features like Super AMOLED screen, 64MP quad camera, and a big 6,000mAh battery, it certainly ticks all the boxes for a great phone under this price segment.